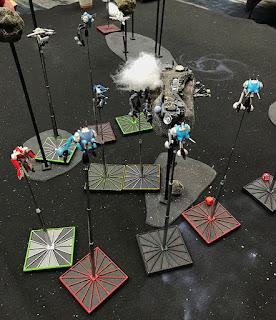 Max Sterling had hunted in the asteriod belt before. The Zentraedi liked to attack with a mob of battle pods led by one larger Glaug Officer Battle Pod in each group. That's okay. The chaos of an asteroid field suited his squad of Vf1 fighters just fine.

Two USN Strike teams have been sent out to the asteroid belt to find and defeat any Zentraedi battle pods. The rules used are Mecha! From 7th street games. the combat is Mecha! is fast paced fluid and three dimensional, actually using 3D flight rules, giving you the simulation of the action, pace, and drama of Japanese animation giant mech combat!

This year at Kublacon I went way back to my roots. Mecha! was the first set of rules I helped write and publish with a gang of my gaming pals, when most of us were still in college. When we wrote the rules, we always wanted to play Robotech/Macross- but Zentraedi pod models, even with access to Japan town hobby stores, were rarer than hen's teeth and very expensive if you could find them.

Flash forward to today, I got a scad of models from the ill fated Robotech Tactics Kickstarter- and ran my dream game at Kublacon!

My players were well versed in Robotech, and did as much roleplaying as gaming, throwing out qoutes like," I rolled a 1 because that pineapple salad was bad". 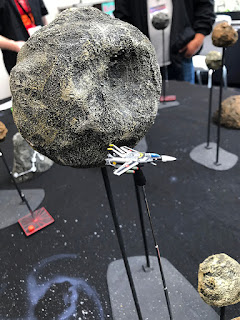 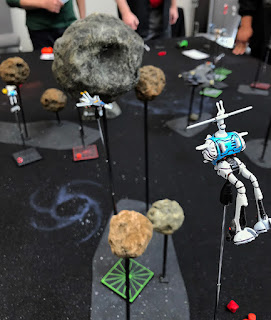 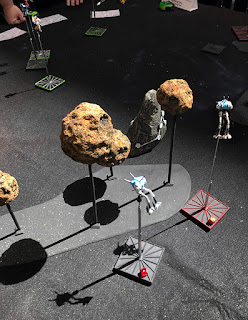 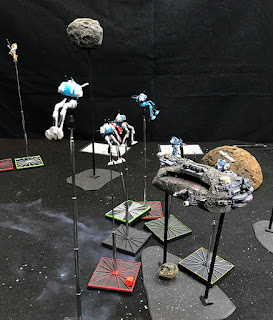 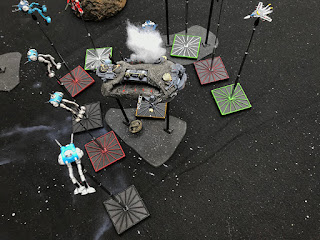 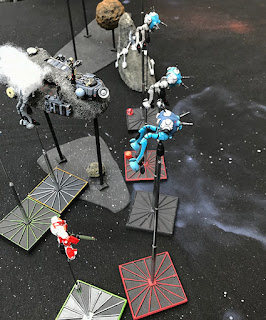 Typical of the shows, Rick Hunter scored a lot of hits, and took as many too- but Max Fokker stole all the kills. Lots of smack talk- just like the show- ensued!


Over all the game went really well, especially since I have not played the rules in over a decade!  I'm going to tune down the Zentraedi armor a bit, and add more of them in for the next game so we have more boom!

Thanks for taking a look!