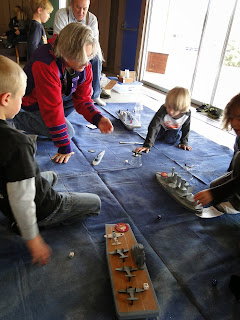 Ship Ahoy!
This weekend I had the pleasure of presenting and play-testing my Wooden Wars Task Force rules at my local club, South Bay Game Club (SBGC to the grognards).
It's a real kick to see how many kids come to play and even more so when the "big kids" are right down there with them, playing and teaching... and playing!  Over the course of the day I ran three battles, the longest of which took just shy of 90 minutes, and the shortest about an hour.  Not bad for a full fleet action game to have  a decisive battle(IE: the other side was sunk). 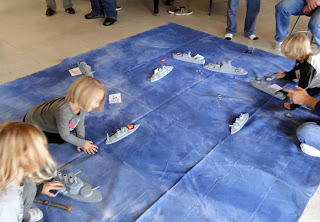 Launch all Fighters!
One of the main thrusts of these games and play tests was having two carriers for the battle. Up until now, I've only had one carrier, or rather my son does in his fleet - and let me tell you- that makes for some pretty one sided battles!  So over a couple of weekends I cranked out another carrier, this time with a Japanese theme, and laser cut and painted new planes for both. 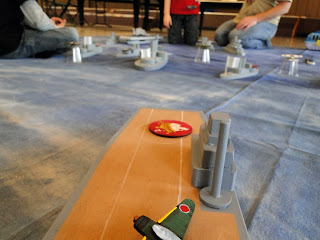 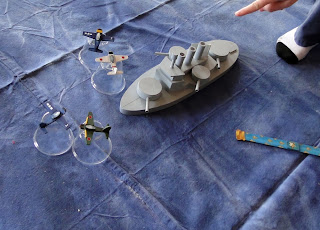 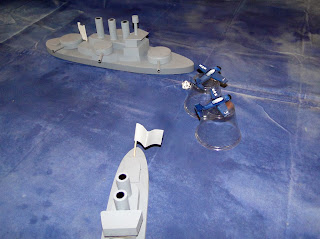 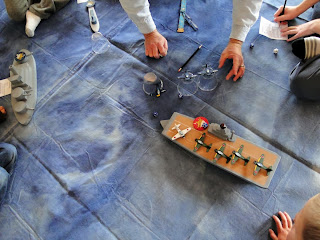 The resulting battles were wonderful mixes of fur balls and flights of planes dropping bombs on decks. I think about 40% of the over tonnage sunk was due to planes in our games. .. maybe more.
What's all that noise!
Soap boxing a bit here -  I love my game club. A bunch of talented, nice, fun-to-game-with guys with a knowledge pool that is stunning.  That being said, the last two club days I attended, were these quiet, everyone sitting, everyone-getting-old kind of affairs. Not one yell of triumph or anguish over a die roll or cunning flank maneuver.   It bugged me.  Really.
All game clubs need new blood, and the competition out there these days is really stiff (I know, I'm a video game designer by day).  My goal when I run a game at a convention or local club, or even at home, is to bring out the kid in everyone, and to get everyone immersed.  Having all the kids come and play Task Force not only felt great, but sounded awesome and filled the game club hall with smiles at every table.  New blood isn't just to keep the club going, it's to remind the old guard that they are still kids inside too.


Did I mention that I love my game club?
Posted by Foss1066