"All I know is, this Lo Pan character comes out of thin air in the middle of a goddamn alley while his buddies are flying around on wires cutting everybody to shreds, and he just stands there waiting for me to drive my truck straight through him with *light* coming out of his mouth!"
~ Jack Burton

This time around I wanted to show off some great pics that I've been receiving from some of my Kickstarter backers. "Awesome" and "inspiring" are descriptions that come to mind. It's kind of an odd but cool feeling to create something, then send it out into the world, and see what other folks are doing with it.  Now I do this all the time with my day job which is designing MMORPG's, but this time it feels more personal. I feel blessed at being able to be part of this art process.  Not to mention, if the Perry twins make a metal sculpt of one of my Wooden Wars soldiers... then I know I've totally made it! 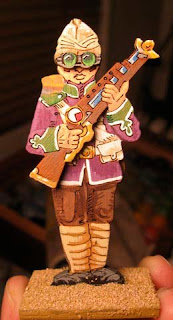 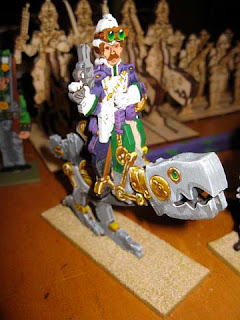 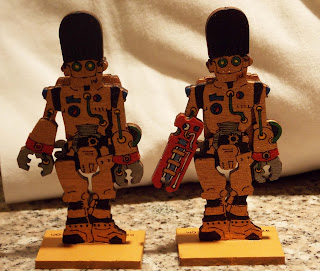 Say, I have a "friend" who wants some Wooden Wars soldiers...
I've gotten many inquiries as to where and when Wooden Wars will be available for sale, including a few shops and retailers.  As much as I would love to open up the "shop" I won't until all Backer Rewards are fulfilled.  That being said, and crossing my fingers that no laser mishaps occur, I'm looking to launch the Wooden Wars sight Early March.  Yeah, that's do-able...

Come Play Wooden Wars!
Also by the end of the week I'll have another painted army finished. Said army will be "field tested" at Dundracon this Saturday. If you are in the area please stop by and say "hi" and come play!  This will be the first time Wooden Wars has been publicly played using the Queen Victoria's Robot Wars troops and rules variant, and I for one am very excited!

I have the very happy day job of being a Principal designer at Cryptic Studios, where we are soon to be launching our latest awesomeness, Neverwinter Online. We've already got  handfuls of awards, and are currently putting noses to grindstones polishing every bit of it before launch.  Drop on by and check it out!
Posted by Foss1066