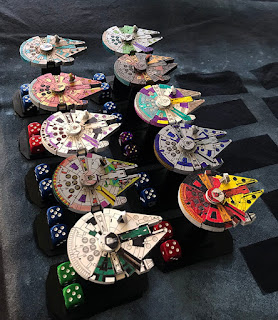 Get Ready to Race!

The Kessel Run Game Was a pretty huge success! The players showed up to the Birthday party and dug right in in detailing their own Corellian freighters. I was amazed and happy at how each ship really came out. Almost a self portrait of each kid. 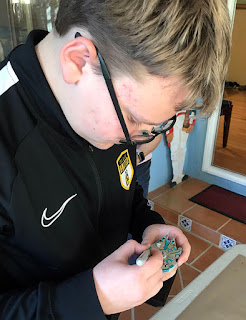 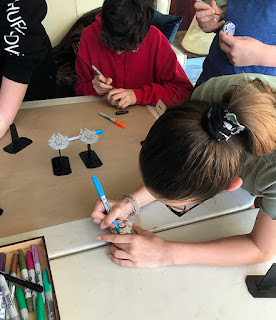 The race started out like most races in a bit of a jumble as racers jockeyed for position.  by turn 3 everyone had the rules down pat, and the race were off!  Players were rolling lots of events (either on a 1 or  6 on 1d6) which caused a lot of asteroids and Tie Fighter patrols to show up. 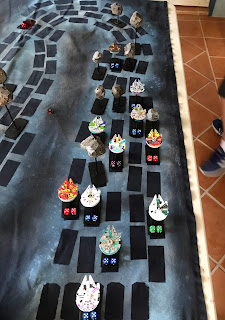 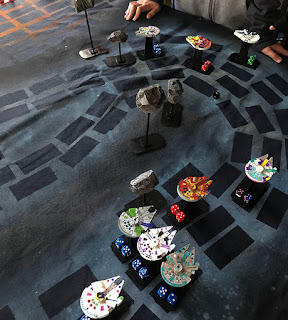 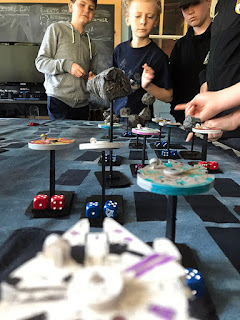 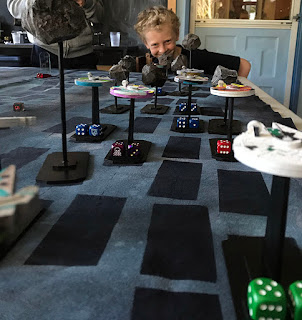 We had a couple of late comers join the race. One young lady decided to take over all the Tie fighters, asteroids and the dread Summa-Verminoth. She ended up claiming 7 of the racers- all with a smirk on her face! 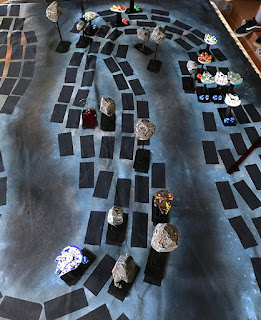 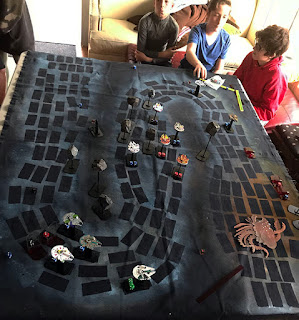 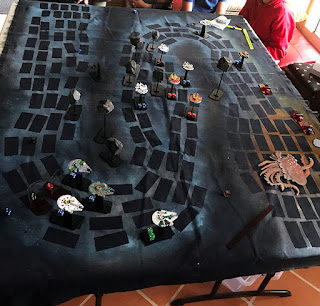 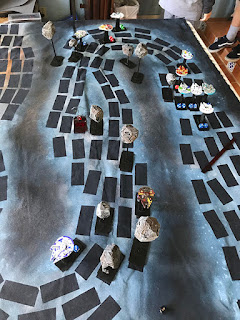 The end Came down to 3 ships facing the Summa-Verminoth. Each turn the ginormous space creature would randomly move (via die roll) one space forward,. backwards or side to side- like an old school arcade boss.  If players hit the space where the mouth is, they are eaten and are out of the game. Hitting tentacles caused 1d6 damage per turn.  One racer got eaten, one clobbered by tentacles (after being riddled by Tie Fighters) and the winner chanced going over the tentacles taking only 1 point of damage and making to the finish line! Great risk and rewards to be had! 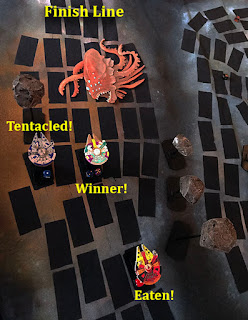 I'll be bringing the Kessel Run Race to Kublacon this year for a couple of evening races. For those I think I'll let the players shoot at each other as well.

Once I get them cleaned up, I'll be posting the rules on my Face Book page.
Cheers, thanks for stopping by!